"Dr Smith, do you want to report an adverse reaction to the COVID Vaccine?" "No, I don't want to report"
Anyone familiar with the whole UFO controversy should recognize the similarity with the government's dismissive attitude towards claims and reports of COVID Vaccine incidents and the techniques they are using to discredit them.

The VAERS system was launched by law as a response to the pattern of deception observed in the 1970s and 1980s about vaccines.  The intent was to provide an open system where vaccine adverse reactions could be reported.  The system is open by design, so that anyone can report an adverse defect, in order to prevent a cadre of medical professionals, scientists, or government officials from doing what they HAD been doing - preventing the reports.

I can speak from experience.  In 2010, I was ordered by the USN to receive the Swine Flu vaccine on the Sunday of a drill weekend.  I went from being perfectly healthy, to a deep chest cough within hours that kept me home for 3 days sick (work time incidentally which the USN does not reimburse you for).  Being trained in VAERS, I filed an Adverse Reaction Report because I knew no one in the command would (in 8 years of administering vaccines, never once did I see the commands report any adverse reactions in VAERS).   Within days I received a very irritated call from Texas DSHS about my report.. followed by a similar call from the medical department at my command.   THIS is the kind of headwind anyone reporting in VAERS gets.  I can imagine what the DSHS reaction is to COVID Vaccine reports given the political climate.

Yes, the system has had incidents of incomplete or inaccurate reporting, but by and large no one has really had a problem with it until 2020.  Suddenly now ever talking head associated with promoting the vaccine is on TV speaking ill of VAERS.

This rings reminiscent of how they treated reports of UFOs.  Project Bluebook et al investigated these reports.  According to now declassified documents, 1/4 of all reports were totally unexplained.  No hot weather balloons.. or Venus.. or swamp gas.. or mass hysteria.. could explain them.  BUT the official statement at the time was that ONLY 3% were unexplained.

Doesn't that sound like the talking head propaganda about VAERS?  They foo-foo it.  There are (July 23 drop) there are 518,769 adverse reaction reports.  If you discard 10% of those as "cranks" you still have 466892 reports!  That's an astounding amount of reporting!

How do you know something is "safe"?  Compare it to other "safe" things, right?  If the standard of safety for vaccines is that in 3 decades you have only 3158 deaths, then how can 3 vaccines which rack up 3.7 TIMES the number of reports be considered "safe"?

But the entire propaganda machine has engaged to tell you do not believe your own eyes, your own experiences, but just believe what they tell you?  Anyone who disagrees is dismissed or shamed, especially someone with medical credentials..  just like UFOs.

In response to the rising number of UFO cases and their appearance in the media, the government had to create organizations like the CIA, Project Blue Book, etc. to create the appearance of serious inquiry where no inquiry was intended.  The purpose of ALL of these organizations was to give the public the mushroom treatment : keep you in the dark and feed you crap.

No pilot, or military officer, or scientist was willing to go public about supporting UFO investigation.  Anyone who did is labeled a crank and crackpot, and would lose their jobs and credentialing.

We are witnessing the same here.  Since Spring of 2020, a number of Doctors have chosen to "follow the science" and use HCQ and Ivermectin for rapid and early treatment of COVID 19 with great success.  When they went public with that information, the disinformation media and medical establishment went into full gear to discredit them.  Pharmacists would refuse to fill prescriptions (and this continues in some locations today) because the "group think" said they shouldn't.

Somehow now, discussing SCIENCE has now become a form of "hate."  Dr Mercola (who I agree has had some odd promotions in the past so I tend to take him with a grain of salt) was labeled The Most Inuential Spreader of Coronavirus Misinformation Online."  Seriously?  They use dog whistle words like "super spreader" to malign him.  If you have specific issues with his statements ON THE SCIENCE dispute them.  These are just ad hominem attacks.

But the attacks don't stop with doctors with a questionable past, the body is most made up of people with impeccable credentials. Sharyl Attkisson was attacked for her investigative journalism.. which is supported by actual facts and science.. for which they were forced to retract.  But accuse on Page 1A, retract on page 14E has long been the operational practice of the media.

They actually stood up a propaganda outlet : Center for Countering Digital Hate (CCDH).  No one questions who these people are, where they're funding comes from, how suddenly they're authoritative to call everyone liars and besmirch their reputations.  Like similar anti-UFO orgs, they come out of nowhere and are suddenly legitimate because the Government and Media are just using them as a foil.

So, again, for anyone familiar with UFOs you should recognize the pattern. 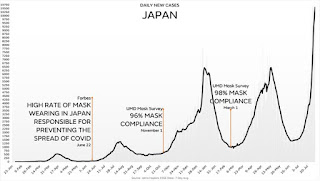 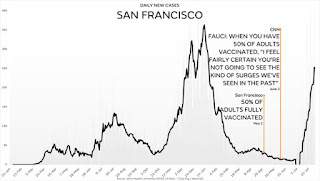 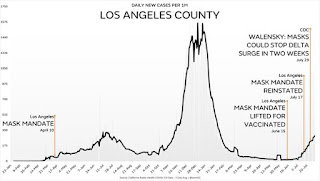 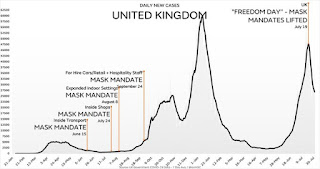 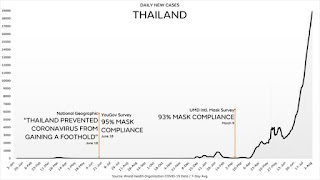 Those of us who knew respiratory science already knew the Masks were a fools paradise and we loudly said so in 2020 much to be ignored.  Well now we have ACTUAL scientific data and proves ZERO correlation between cases and mask mandates.

So what's their answer... mask mandates!

Suddenly in 2021, there's been a curious reversal on the government's UFO policy

After 70 years of UFO coverups, one has to be curious as to why the sudden change?  If the COVID 19 Pandemic propaganda engine is any indication, its certainly not that the government has decided to be truthful with the people... so what's their game this time?