First off, let me say there are no "good actors" in the Ukraine-Russia war.  One is not required to be either pro-Ukraine or pro-Russia.  But we are being fed a steady stream of pro-Ukraine bullshit.

Case 1 - The "Russian" missile strike on the Kramatorsk Train Station on April 4, 2022.

The narrative went, Russia deliberately struck a train station in Donbas with a cluster munition rocket.  This would, of course, be a war crime, not only for targeting a civilian location but also for using a cluster munition on civilians.  The fact that a rocket did indeed hit the train station isn't in dispute, here is coverage of the event.. and this coverage is key to understanding the truth.

Firstly its important to understand the technology here:  This is a Tochka-U not a Iskander.  The Tochka-U is old Soviet-Era tech.. Russia having moved on to newer Iskander rockets so it makes it unlikely, but not impossible, that Russia fired it.  Also, the serial number on this rocket is in line with serial numbers of similar rockets UAF has fired in the Donbas over the last 8 years of civil war.   Neither of these are conclusive, so I'll set them aside as interesting data points.
The Tochka-U missile drops its engine from the warhead mid-flight, so its expected to find the engine section lying on the ground somewhere along the flight path, and this news video records that engine.
Right off, "For the Children" ("для детей") is easily seen as painted on it.  There isn't really a logical reason why Russians would paint "For the Children" (incidentally, its written the same in both Russian and Ukrainian so the text isn't helpful either), but there is definitely a reason Ukrainian soldiers would write "For the Children" on the rocket.
SEE POST ARTICLE 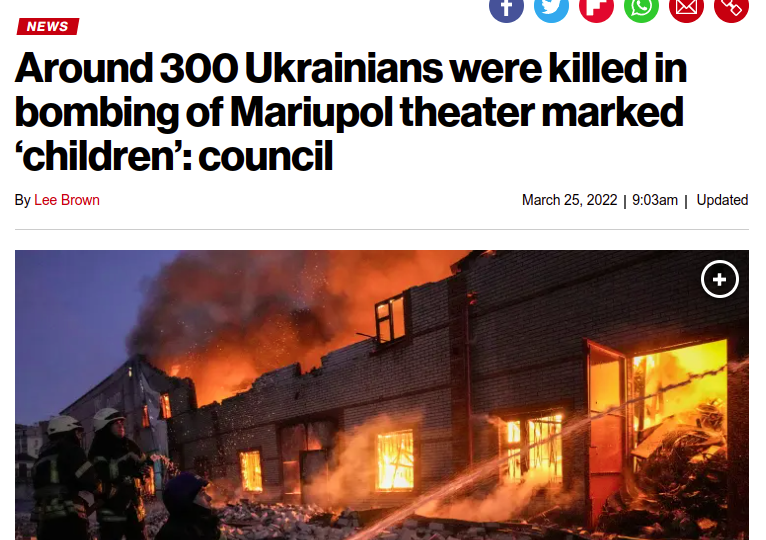 The news video of the rocket engine does, however, allow us to geo-locate the engine based on artifacts in the film. 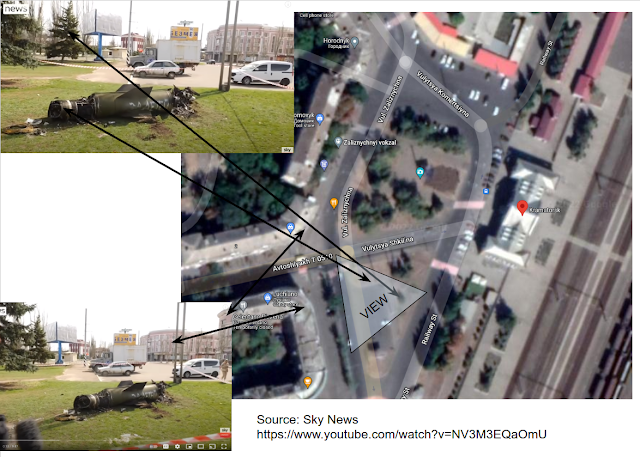 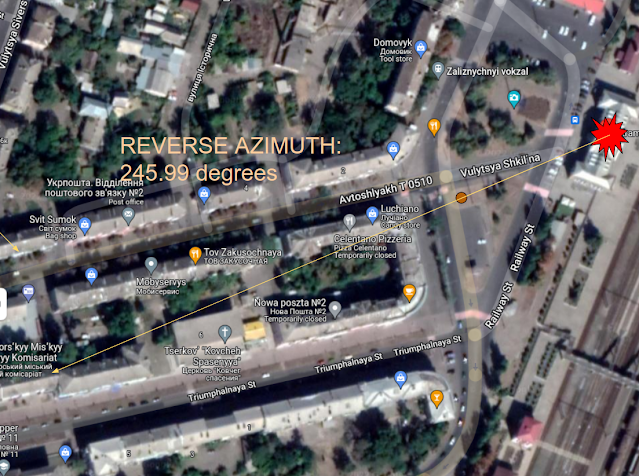 The missile has about 150km range, so using Google maps, some news video, and coordinate math we can establish the missile came from 245.99 degrees, 150km or less, somewhere along this line.. all of which was Ukrainian-held territory.  What makes me angry is that neither our government nor the media bothered to be honest about it.  You had to figure it out on your own. 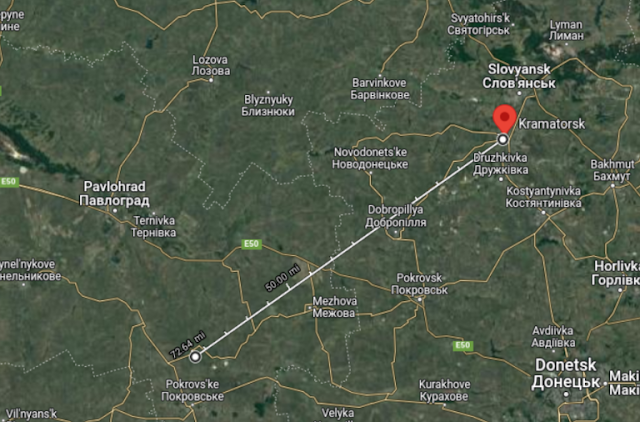 But the media clearly understood the narrative wouldn't hold up, by April 8th they had largely stopped talking about it, lest they be forced to discuss an unpleasant truth - That UAF had committed a warcrime by a) targeting a civilian facility with b) a cluster munition. 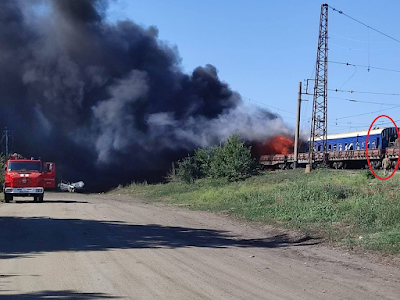 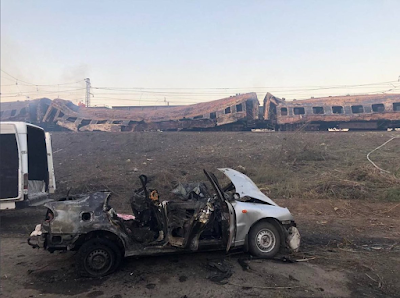 How horrible.. damned those Russians!   But then a full video of the scene made its way to the public.. what is this? 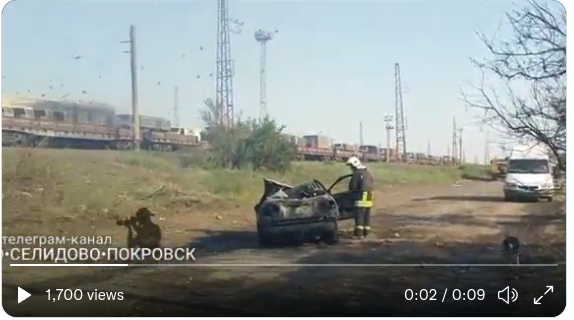 Are those a line of flat-bed railcars with military equipment headed East to the warzone?   In wartime, if you mix civilian and military content, its a military train.  How would an enemy know whether the passenger cars carried civilians, soldiers, or a mix?  I suspect the later was true and this train was wholly military in function... which of course makes it a legitimate target for Russian attack.
Here's how the western media portrayed it: 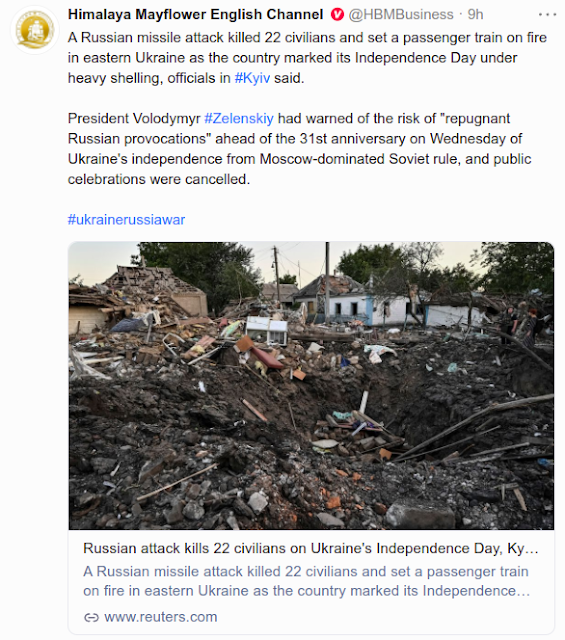 [extended]
So, the since the military equipment video has leaked, Ukrainian apologists (aka Zelenski fangirls) have of course sprung into action to explain that the video shows two different trains.. the passenger train, and the military train.
From the video: 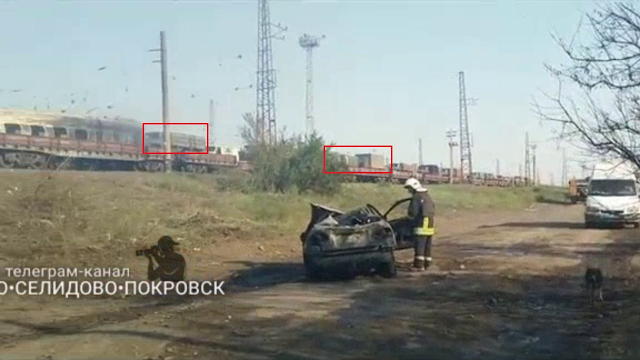 Note the ZIL truck in the red box on the left. 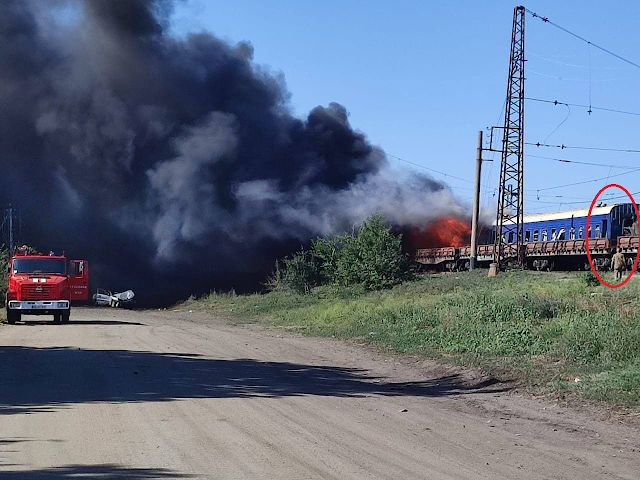 This media photo, taken much earlier while the train was still burning.. note the corner of the ZIL truck.. on a car attached to the same train.  So much for the "its a different train" bullshit.
Every day its this shit. 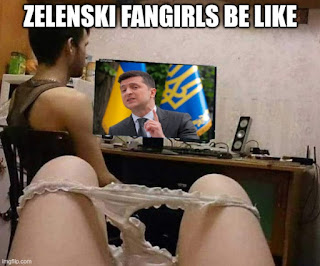 [extended again]
A video has surfaced of UAF troops catching a smoke outside the EXACT SAME TRAIN just a short time before it was blown to hell.  I'm sure the Zelenski fangirls will all rush to say the sun is in the wrong position, or those aren't Ukrainian cigarettes or other bullshit because they'll do anything to keep from admitting the truth.

These are just two examples, months apart.  We're not even discussing the very clear evidence that Ukraine is largely controlled by Nationalists who idolize NAZIs and could be considered modern-day NAZIs.. and that we're arming NAZIs.   That's verbotten.

Came across this gem..  western media showing this photo claiming its a "Russian Missile" attack on the nuclear reactor. 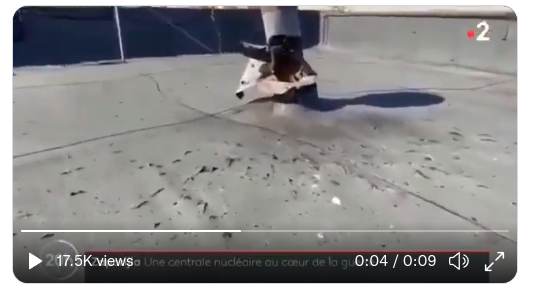 Raw footage shows it to be a vent stack, part of the building.  The media cropped it to craft the narrative. 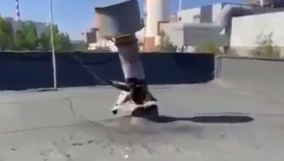